…, to which we all bear witness.

Glaciers are not only beautiful features of the landscape but also valuable reservoirs of fresh water. In mountainous regions where the climate is dry, glacial meltwater is a lifesaver. For the people there, the question of whether and how the glaciers can be prevented from melting away altogether is a matter of life or death.

Nothing protects a glacier more effectively than a covering of snow. The snow has an insulating effect, protecting the glacier from warm air temperatures and reflecting most of the short-wave solar radiation that lands on it, so that it cannot warm up the surface of the glacier. New snow reflects up to 90% of the sun's radiation, old snow 70% and ice itself only 30%. Glaciologists Felix Keller (Academia Engiadina, Samedan) and Johannes Oerlemans (University of Utrecht, Netherlands) have calculated that it would be sufficient to keep an area of the ablation zone of just 0.8 km2 covered in snow all year round to stop the retreat of the Morteratsch glacier.

A company called Bächler Top Track AG has developed NESSy ZeroE, a system that produces snow without using electricity, but it is still completely impossible to cover the required area of the Morteratsch glacier with snow by using conventional snow lances. New snowmaking technology that is not ground-based is needed. In a partnership with the cable-car manufacturer Bartholet Maschinenbau AG, snowmaking technology has been combined with cable-car technology. Now, the engineers are developing a so-called snowmaking cable, in a project supported by the Swiss Innovation Promotion Agency. Suspended on cables over the Morteratsch glacier, the jets will spray the surface of the glacier with snow from above. 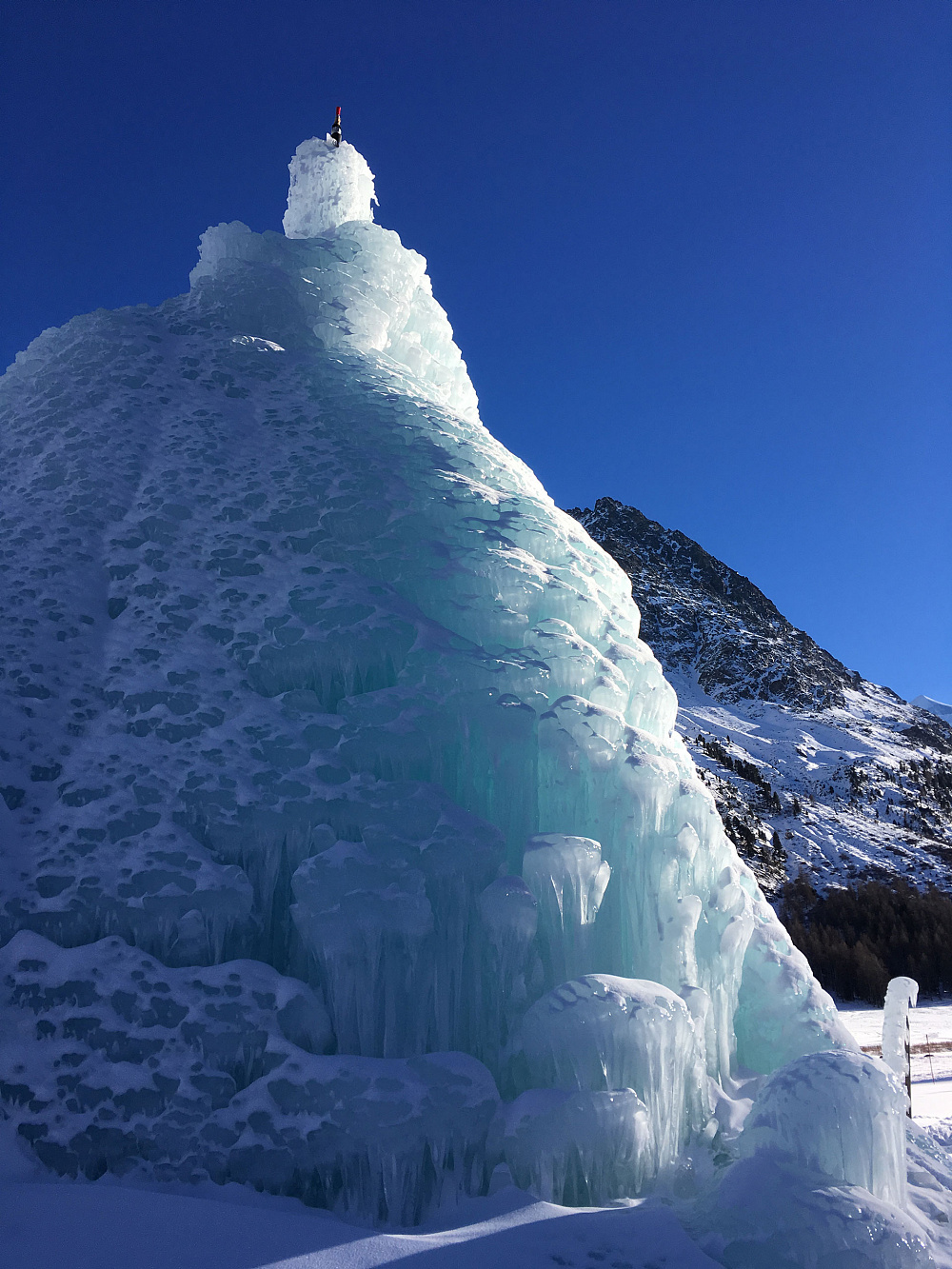 A layer of white fleece also protects the snow or glacier beneath it from solar radiation. However, for technical reasons, fleece is only used over small areas which have very few crevasses and are only moving very slowly. For example, the Diavolezza cable-car company covers the snow on and around the small Diavolezza glacier in the skiing area every summer.

At the end of October 2016, the inventor of the ice stupa, engineer Sonam Wangchuk, travelled from Ladakh to the Engadin to work with local glaciologists and architects in the Val Roseg (Samedan) to build Europe's first ice stupa. The project is intended to draw attention to the retreat of the glaciers in Ladakh, India, and offer a possible way of conserving the glacial waters. The inhabitants of Ladakh are already directly affected by the disappearance of the glaciers because glaciers are their only source of water. That is why, in winter, they freeze water into a ball of ice, the so-called ice stupa. In the spring, this reservoir of frozen water supplies meltwater that is used to irrigate the farmland.

The Fridays for Future climate campaign

Fridays for Future is a global social movement that started with young people and students who are campaigning for the most comprehensive, rapid and efficient climate protection measures to be taken, in order to comply with the 1.5 degree target that was set in the international agreement passed by the United Nations at the World Climate Conference in Paris in 2015 (COP 21).